Introducing Chef Chris Pyne, of Founders House Dining and Drinks. Chef Chris will be featured in our third night of the cooking series on November 18th. Fettering for French? Chef Chris will take you on a culinary journey, from zesty tartare to decadent creameux.

His apprenticeship and first taste of fine dining started at one of the top restaurants in Calgary, AB – Rush Restaurant. Becoming part of a professional brigade, Chris was the youngest cook on the team and the restaurant had just been awarded best fine dining establishment in the city.

That was followed with three more years in Calgary, working for Chef Michael Noble at NOtaBLE, under Chef Justin Labossiere who mentored Chris graduated from the culinary program at S.A.I.T and achieved his Journeyman and Red Seal certification…all by the age of 21.

Working in the United Kingdom brought him the experience of working for one and two Michelin star Chefs Anthony Demetre and Marcus Wareing in London. Following family roots, he accepted a job in Wales at Restaurant James Sommerin and quickly became the senior Chef De Partie. While there, the team earned a coveted Michelin star for the restaurants’ first time and were also awarded restaurant of the year! 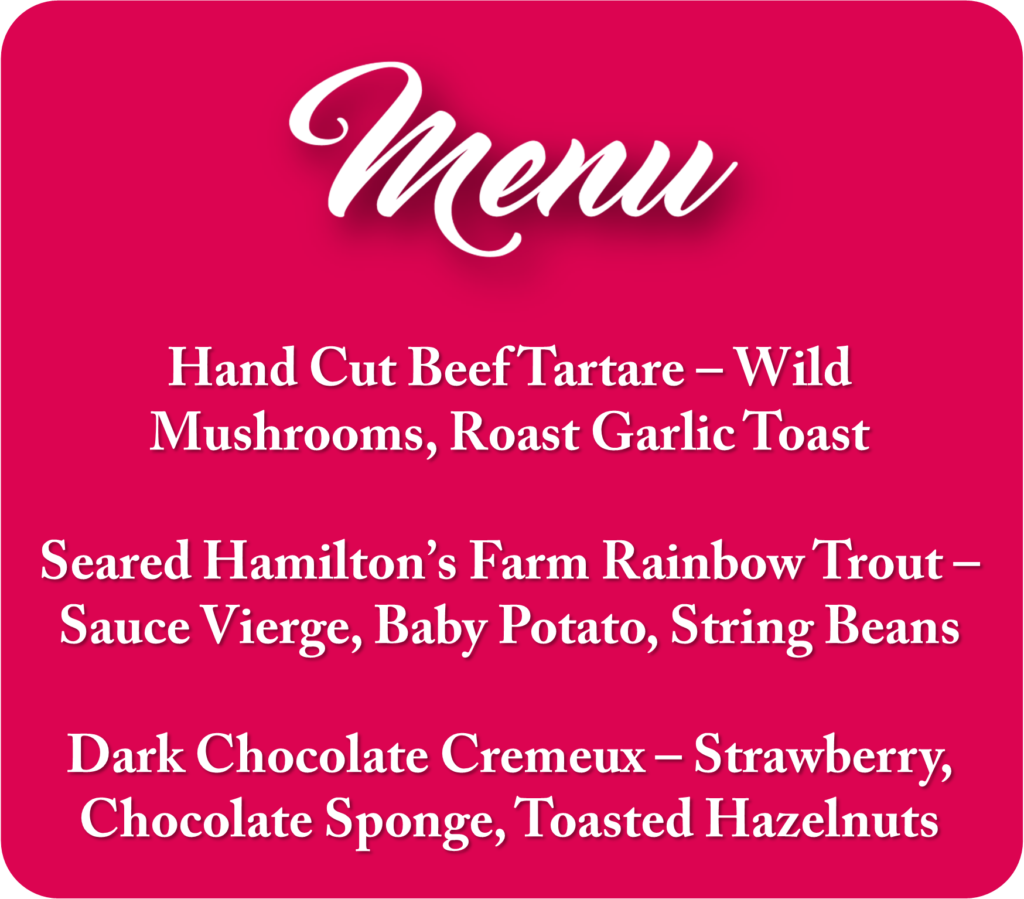