Upon returning to Nova Scotia he was part of the team at Acton’s Restaurant in Wolfville before joining Domaine de Grand Pré Winery’s Le Caveau Restaurant in 2003. In 2007 he took over as Le Caveau’s chef. At the forefront of the local food movement in the region, Jason sources roughly 80 percent of the restaurant’s ingredients locally.

He has authored a cookbook, Straight from the Line, hosts a podcast of the same name, and is a featured chef with Devour! The Food Film Fest. You can find out more information about Chef Jason on his website chefjasonlynch.com. 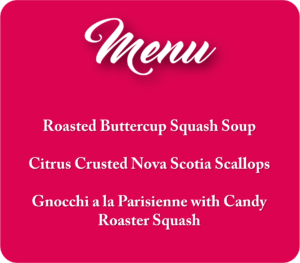