Meet our third featured chef! Introducing Chef Daniel Franck, of @troywolfville. Chef Daniel will be featured during our third night of our cooking series on November 19th. Daniel’s featured ingredient will be the ever-flavourful onion; multiple varieties to experiment with! Daniel Franck is not your traditional Chef.

Co-owner of Troy Restaurant & Grill, a renowned Mediterranean Restaurant in Wolfville, Daniel is an actor and acting coach and went to Theatre School at Acadia University, where he met his current business partner William Lang. The thespian duo are in their 7th year of operating Troy with no sign of stopping.

Having travelled, eaten, and cooked for people in many, many places, Daniel is excited about his part in this production, in which he plays a supporting role to the mighty Onion. It might even bring you to tears…you’re not going to want to miss it! 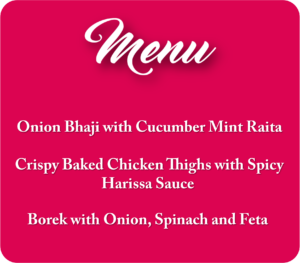